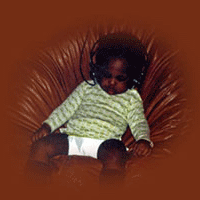 DJ CprodG has been around music since taking his first step as an infant.  The story goes he learned how to turn on the stereo, put on headphones, and rock out while in diapers – before uttering his first words. He was destined to become a DJ.

As a child he incessantly listened to his parents records on his fisher price record player and he watched MTV and similar music video broadcasts 24/7.  He began collecting music in high school and in college he taught himself how to DJ, effortlessly and naturally, like that of a prodigy (hence, how he got his name). He has amassed an enormous record collection that keeps growing and growing. He now resides in Brooklyn, NY and is a professional DJ rocking weddings, events, night clubs, bars, and lounges.